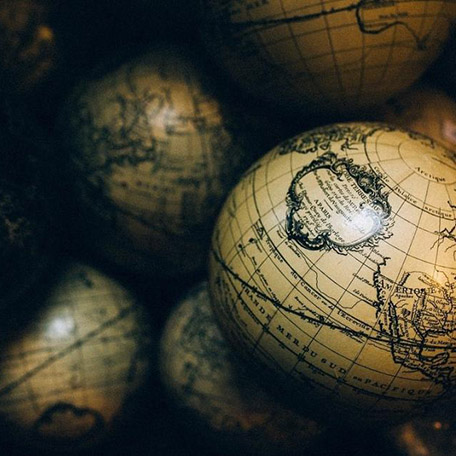 This thematic arc considers literature and other artistic productions as they are shaped by transatlantic currents -- movements of people, things, and cultural traditions throughout the Atlantic world. This area begins in 1492 and extends into the present, exploring the interactions among the four continents that form the Atlantic’s basin. Faculty working in this area interrogate the colonial enterprise, slavery, international trade, and the globalizing literary marketplace. With particular interests in the “Black Atlantic” (the transatlantic expansion of a black culture), the “Green Atlantic” (the ecological importance of the ocean itself), the Caribbean, and Modernism, our students and faculty examine the political, environmental, economic, and aesthetic implications of this movement of people and ideas. Recent graduate courses include “Literary Modernisms in the US,” “American Modernism,” “Circum-Caribbean Literature,” “20th-century British Poetry,” “Triangulating Transatlanticism,” and “Modern Aesthetics.” Graduate students interested in this area also benefit from events sponsored by the Georgia Colloquium in 18th- and 19th-century British Literature, the British and Irish Studies Program, the Latin American and Caribbean Studies Institute, the Willson Center’s Interdisciplinary Modernism(s) Workshop, and from the English Department’s connections with the Lamar Dodd School of Art.