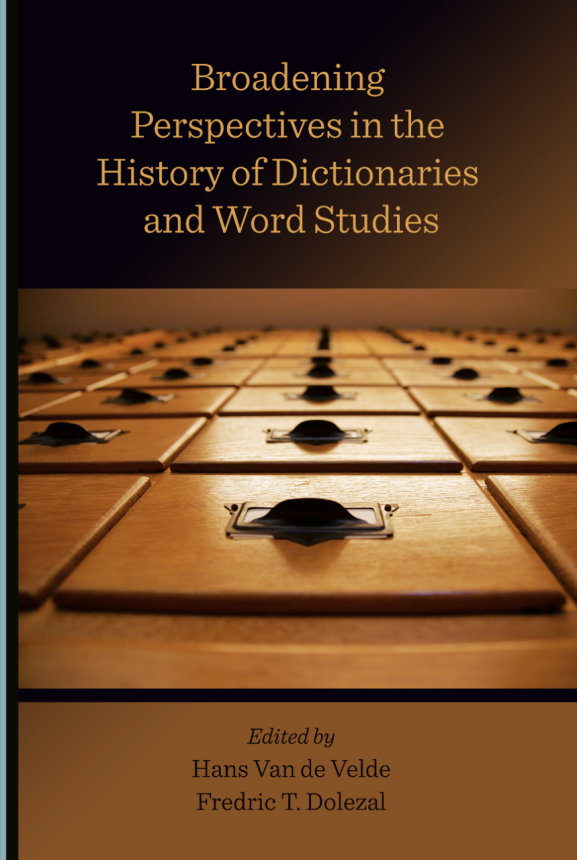 Fredric Dolezal is co-editor of Broadening Perspectives in the History of Dictionaries and Word Studies (2021, Cambridge Scholars Publishing), a volume that brings together fifteen articles by an international group of expert practitioners and historians of dictionaries, glossaries, and word studies that explore the linguistic and literary foundations of lexicography and lexicology.  Dictionaries and the word studies found within them are reflections not only of a linguistic community, but also a repository and reflection of the culture and literary communities of the time in which the dictionaries were published. The book includes a comprehensive introductory essay by Dr. Dolezal. 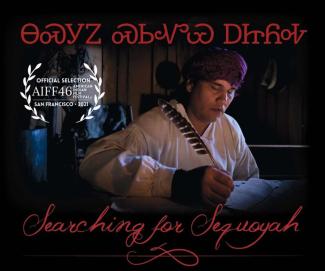 The 56 minute Searching for Sequoyah film LeAnne Howe co-produced with filmmaker James M. Fortier premiered in 80 markets across the US on PBS stations and affiliates.  The film will be available for educators and institutions in 2022.  It tell the story of Sequoyah who created the Cherokee Syllabary in 1821, the first writing system in Native North America. She also co-edited When The Light of the World Was Subdued Our Songs Came Through, Norton 2020, with Joy Harjo and Jennifer Foester. This book covers 300 years of Native poetry. In 2021, Howe co-wrote a new script with Irish playwright Colm Summers, The Keening.  As Interim Director of INAS, Howe helped create three $5,000 fellowships for UGA students in 2021-2022 enrolled in a tribal nation from the generous donation to the INAS program.

David Ingle recently published five poems in the Fall issue of Magazyn Wizje (Warsaw, Poland). The poems were translated from English into Polish by Maciej Libich with illustrations by Kasia Borek.

Sujata Iyengar's article "Race Thinking in Margaret Cavendish's Drama" appears in the current issue of Criticism, "The Future of Early Modern Women Writers." Her essay "Source/Adaptation," also out this year in the Cambridge University Press collection Shakespeare/Text, contextualizes the multimedia collaboration between Picasso and his erstwhile friend, the belletrist and arch-modernist Louis Aragon, in light of theories of adaptation. With Nathalie Vienne-Guerrin, Professor in Early Modern Studies at the Université Paul Valéry 3 and member of the Institut de Recherche sur la Renaissance, l’âge Classique et les Lumières” (UMR 5186, research centre of the French National Centre for Scientific Research, CNRS, IRCL), Iyengar just published the most recent issue of the bilingual open-access journal Arrîet sur Scène/Scene Focus, on the topic “Scenes in the Other’s Language.” This issue is the final publication to result from the multi-year international Partner University Fund Award, which Drs. Iyengar and Vienne-Guerrin held from 2016-2019.

Aruni Kashyap translated and published two short stories by Abdus Samad’s in Scroll and The Polis Project. “Instead of Alif” is a short story exploring the injustice of attempting to trap a human life in official documentation. Written in context of the NRC laws and its impact in Assam, the narrative revolves around the tragedy of having to prove one’s existence. The second story, "The Cost of Hunger," is about life as a displaced Muslim in Assam .

Cambridge University Press has accepted for publication Bill Kretzschmar's book called The Emergence and Development of American English (EDAE). This textbook will be Kretzschmar's fifth book from Cambridge since 2009. It should be available in 2022.

This summer John Lowe gave a presentation to the NEH Summer Institute “Hurston on the Horizon” for college teachers at the University of Kansas: “How I Wrote Jump at the Sun:  Zora Neale Hurston's Cosmic Comedy."  In October, he interviewed Valerie Boyd, Hurston’s biographer, for the continuing sessions of the Institute. In late July, Lowe gave a paper at the annual Faulkner and Yoknapatawpha conference, which this year focused on “Faulkner, Wright, and Welty.”  His topic was “Criminality and Violence in Faulkner and Wright: Sanctuary and The Long Dream. His most recent article, “Myth, Performance, and Creation: The Achievement of Femi Euba,”   was published in the October 2021 issue of Atlantic Studies. 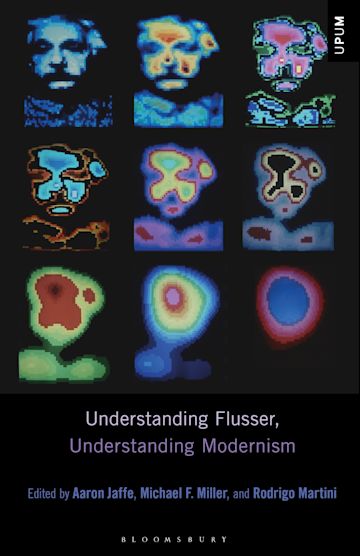 Rodrigo Martini Paula has published an essay and co-edited a volume on Czech-Brazilian media thinker, Vilém Flusser. The essay in Comparative Literature Studies traces Flusser’s view of nationalism along with Portuguese poet Jorge de Sena. The co-edited volume, Understanding Flusser, Understanding Modernism (with Aaron Jaffe and Michael F. Miller, Bloomsbury 2021), brings together media scholars to engage with the multiplicity of Flusser's thought as they provide a general analysis of his work, propose comparative readings with other philosophers, and offer expanded conceptualizations of modernism.

Barbara McCaskill is collaborating with Drs. Sarah Robbins and Gabi Kiriloff to develop print and online editions of Harriet Beecher Stowe’s Dred: A Tale of the Great Dismal Swamp for Oxford University Press’s thirty-three volume Collected Works of Harriet Beecher Stowe (Joan Hedrick, Susan Belasco, and Wesley Raabe, editors).  Her essay with doctoral candidate Sidonia Serafini, “Youth, Work, and Community in the Social Justice Agenda of Reverend Peter Thomas Stanford, Transatlantic African American Minister,” will be published in a special issue of the Journal of Transatlantic Studies forthcoming in 2022. She was interviewed about William and Ellen Craft for Escape: The Underground Railroad Podcast, which is produced in conjunction with Amazon Prime’s Underground Railroad series directed by Barry Jenkins.  With graduate and undergraduate Humanities students, she participated in Digital Clinton: Slavery and Freedom in Middle Georgia and Reflections on Our Mutual Past, and developed a companion website: https://crafts.digilabuga.org/.

Adam Parkes is writing a book titled Modernism and the Aristocracy: Monsters of English Privilege. He participated in two online international conferences on D.H. Lawrence this year, one organized by the University of Paris-Nanterre, the other by the British Lawrence Society. He is the current president of the D.H. Lawrence Society of North America. New articles on Lawrence are due to appear in Twentieth-Century Literature and D.H. Lawrence Review, and another on Ishiguro in the Chinese online journal Foreign Language Studies. 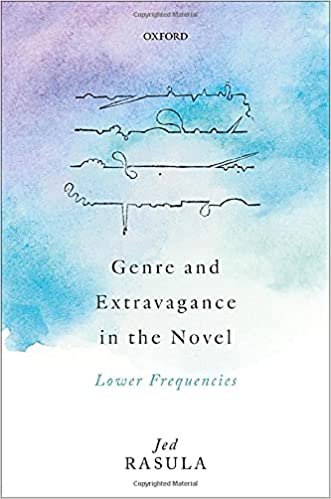 Ranging from Cervantes' Don Quixote to the late W. G. Sebald, with extended looks at novels by Thomas Mann, Virginia Woolf, Joseph Conrad, and the phenomenon of the "Kafkaesque," Jed Rasula's latest book from Oxford University Press is Genre and Extravagance in the Novel: Lower Frequencies. "This is world-leading criticism written by a scholar at the height of his powers," concluded one reader for the press. A second reader chimed in: "This is terrific book, written in a lucid, even conversational style that ought to be accessible to undergraduates and to other non-specialists. It will certainly be of interest to anyone working in the theory and history of the novel."

New instructor in FYW, Dr. Jordan A. Rothacker celebrates two new books released this month. December 7th will see the release of the French edition/translation of Rothacker's most recent novel, The Death of the Cyborg Oracle, a sci-fi noir set in a post-capitalist, post-climate catastrophe domed Atlanta. That date is coincidentally the release date of an anthology edited by Rothacker in tribute to the 19th century Uruguayan/French "poet" Comte de Lautréamont in honor of his 175th birthday. This month, Rothacker also begins his position as Books Editor for the online literary magazine, StatORec, founded by John Reed.

This year, Esra Mirze Santesso joined the international network on “Muslim Women’s Popular Fiction,” which received funding from the The Arts and Humanities Research Council (AHRC) Research Networking in the United Kingdom to organize a series of events around the globe. Santesso also received funding from UGA's Diversity Research and Scholarship Grant Program to invite two comic artists to campus to discuss the rising number of comics from Muslim countries. Finally, Santesso was invited to give a talk at the University of Michigan in October, 2021. Her presentation, titled "Border Existence and Witnessing " examined Malik Sajad's Munnu along with Naseer Ahmed and Saurabh Singh’s Kashmir Pending.