Park Hall Memory: Thank you to all the Park Hall professors whose passions are so palpable they inspired me to grasp my love of literature and never let it go. 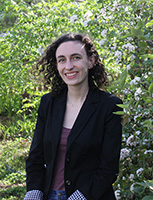 Future Plans: To work as an editorial assistant in nonfiction book publishing or at a literary agency.

"We don’t have a word for the opposite of loneliness, but if we did, I could say that’s what I want in life” from The Opposite of Loneliness by Marina Keegan.

"Only you can decide what breaks you," from A Court of Mist and Fury by Sarah J. Maas.

Future Plans: Muhammad plans to complete a creative writing certificate from Emory before, ultimately, attending medical school. In the future, he hopes to contribute to the fields of narrative medicine and the medical humanities.

“He’d developed a strangely tender feeling towards such words, as if they were children abandoned in the woods and it was his duty to rescue them” from Oryx and Crake by Margaret Atwood.

Activities and Awards: I worked for 3 years in the video department for the University of Georgia Football team

Future Plans: For my future plans, I eventually want to move overseas to teach English as a Second Language, in the meantime I am looking for a job in sports broadcasting as a production assistant. As well as continuing to develop as a writer.

Future Plans: I will be starting a Library Science Masters Program at the University of North Carolina, Chapel Hill

“You shall know the truth and the truth shall make you odd.” – Flannery O'Connor.

Future Plans: I'm starting the Emerging Media Masters at UGA in May with an assistantship in the New Media Institute as the curator of TEDxUGA.

Awards and Activities: 1st Place for Narrative Films at GCA Student Film Festival for my work as a cinematographer on "The Dreams of a Flightless Bird" in February 2020. I was awarded the 2020 Virginia Rucker Poetry Prize for my poem, "pilgrimage palindrome 22" in April 2020.

"I’m afraid that if my dream is realized, I’ll have no reason to go on living. Yet the boy felt that there was another way to regard his situation: he was actually two hours closer to his treasure ... the fact that the two hours had stretched into an entire year didn’t matter" from The Alchemist by Paulo Coelho.