Nicholas Allen will be the Astor Visiting Fellow in Oxford in June. Dr. Allen will lead a series of workshops and will also give the 2017 Astor Lecture, “Coastal Literature and the Twentieth Century: Ireland and the Atlantic World.”

Roxanne Eberle has received an NEH Summer Seminar Fellowship to study Digital Humanities at the University of Pittsburgh in July.

Sujata Iyengar’s essay “Intermediating the Book Beautiful: Shakespeare at the Doves Press” appears in the premier journal of Shakespeare studies, Shakespeare Quarterly 67.4 (Winter 2016). The essay uses Shakespeare to consider the history of reading. In order to propose a theory of modern Shakespeare reading as a distinct kind of experience, it combines arguments from present-day neuroscience about “hard-wired” letter-recognition in the brain; media theory; and the mystical early twentieth-century notions of bookness, reading, and vision propounded by T.J. Cobden-Sanderson, co-founder and co-director of the Doves Press. In April Dr. Iyengar and Emily McGinn organized The Humanities and Technology Camp at UGA’s DigiLab, with the help of the Folger Shakespeare Library; served with Christy Desmet, Fran Teague, and Miriam Jacobson on the “Local Arrangements” committee of the Shakespeare Association of America, which held its annual meeting in Atlanta this spring; and hosted students and faculty from Montpellier, France as part of her ongoing Partner University Fund collaboration. 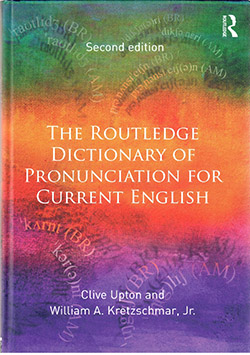 Bill Kretzschmar, Willson Professor in Humanities, had an active semester in book publishing. His Routledge Dictionary of Pronunciation for Current English (written with Clive Upton) was published in April, all 1561 pages of it. The book offers pronunciations in the International Phonetic Alphabet (IPA, as shown on the cover) for over 100,000 words in both British and American English, with many improvements over its original publication as the Oxford Dictionary of Pronunciation for Current English (2001). Cambridge University Press agreed to publish two more of his books, Exploring Linguistic Science: Language Use, Complexity and Interaction and The Emergence of English. The former, written with Allison Burkette, is a textbook introducing linguistics students to complexity science, and the latter is a textbook in the Cambridge Introductions series (relatively short books) on the history of the English language. These books are likely to appear in print at the end of 2017 or the beginning of 2018.

John Lowe has published several articles and book chapters: “CircumCaribbean Sisterhood: Patterns of Migration in Cristina García’s The Agüero Sisters”; “Wright on Patmos: The European Reconfiguration of The Long Dream”; “From Yoknapatawpha County to St. Raphael Parish: Faulknerian Influence on Ernest Gaines”; and “Performing Ethnicities, Performing Region: The Crossroads of Time, History, and Culture in Alfred Uhry’s The Last Night of Ballyhoo.” He was the Keynote Speaker at the Frank Yerby Centennial Conference in Augusta in November 2016, participated on a MELUS panel at MLA in Philadelphia, and presented on Frank Yerby at the MELUS conference at MIT in April 2017. He also gave papers at the Constance Fenimore Woolson Conference (Charlotte, March 2017); the Society for the Study of the Short Story Conference, (Savannah, October 2016); the Faulkner and Yoknapatawpha Conference, Oxford, Mississippi (July 2016); and the MESEA Conference, Warsaw, Poland (June 2016).

At the invitation of Georgia College, Georgia’s public liberal arts university, Barbara McCaskill presented the fourteenth annual Begemann Gordon Lecture in Women’s Studies. She discussed the productions of abolitionist Ellen Craft (c. 1826-91) and author Toni Cade Bambara (1939-95). This year she launched new collaborations focused on early African American print culture. With Professor Jessie Dunbar (M.A. ’07), she is composing an essay on slave narratives for the Routledge Companion to American Literary Journalism. With UGA PhD student Sidonia Serafini (M.A. ’17), she is preparing an edition of works by Rev. Peter Thomas Stanford (c. 1860-1909), an African American educator, anti-lynching activist, and editor who lived in the US, Canada, and England. She wrote about her research on Stanford for Voices Across Borders: The Blog of the Race and Resistance Programme at The Oxford Research Centre in the Humanities. She also joined, by invitation, the editorial board of Legacy: The Journal of American Women Writers for a three-year term. 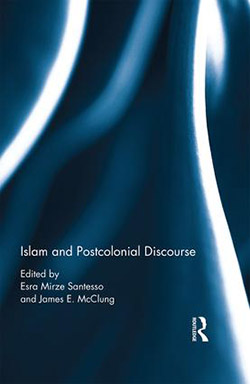